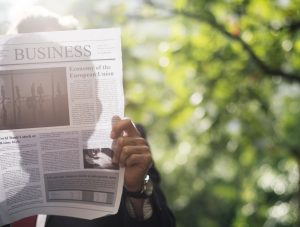 Canada has been facing housing bubble and prices are now almost doubled compared to the financial crisis. Thus, several Canadians couldn’t come up with the money to buy a home last year. Moreover, some of them won’t have the potential to a buy home this year, thanks to higher interest rates, new stress rules and a record level of home prices. Over the last five years, Canadians have borrowed a substantial amount of money, due to lower interest rates. Easy lending rules and sharp investments in the real estate sector have propped up prices to the highest level in the history.

Due to the massive load of consumer debt, each Canadian now owes $1.71 for every single dollar of their income, which the highest level of debt. The Canadian government has been showing their concerns over the massive growth in the consumer debt and they are taking measure to avoid any housing bubble, which could also have a huge impact on the country’s economy.

“Overall, the importance of housing in the economy as a whole has also increased, leaving the country more exposed to a housing shock”, analysts say.

This could be the tough year for the housing market as the interest rate is rising and the Office of the Superintendent of Financial Institutions imposed strict rules to make it difficult to get a home mortgage and loans.

The new stress test policies are entirely formed on the argument that interest rates increased last year and there are several pieces of evidences to believe more hikes this year.

Last year, the Bank of Canada has raised interest rate twice. Moreover, market pundits and analysts expect the third raise this month. Analysts say they anticipate two more rate hike in 2018, first in this month and the second in the latter part of the year.

Analysts give significant importance to Canadian jobs when it comes to predicting interest rate hikes. A strong December’s jobs details would create a pressure on the central bank to hold rates at current level this month. During the month of December, Canadian economy added 78,600 new positions, representing thirteen straight months rise.

What are Stress Test Rules?

New OSFI rules started working since the start of this year. The banking regulator forced lenders to “stress test” borrower’s affordability, to determine their ability to returns the loan.

Below are the two scenarios for the perspective borrower— whichever is superior:

The lender will not offer loan to applicants unless they fulfill necessary requirements and pass the test. This means that borrowers will now have to meet strict conditions or either they should buy something that is less luxurious with a lower mortgage.

The Impact Sales and prices

As fiscal 2018 started with higher interest rates, the new OSFI mortgage rules along with more expected rate hikes, analysts are forecasting the market from all aspects to see the real impact of new policies on homes sales and prices.

Home prices could decline more than 2.2% in Ontario according to Canadian Real Estate Association. On the other hand, RBC projects Canada’s home sales to fall by 4%. However, they view prices to increase by 2.2% this year despite strict policies. While Toronto-Dominion Bank expects home prices to remain flat, but home sales will decline in their view.

As shown in the above chart, affordability in Toronto, Vancouver and Victoria is currently standing at the most terrible levels. The limited affordability potential will also reduce Canadian’s interest in buying new homes and this will also somehow helps in calming prices.

How Mortgage Policies Impacts the Banks?

Along with the severe impact on borrower’s potential, there is more uncertainty related to banks. Bank’s mortgage revenue is likely to get a big hit if consumers started reducing their spending on home mortgages. Based on Barclay’s bank, the new mortgage revenue could decline at high to single-digit rate this year.

Barclays said home equity credit and mortgages eased in the last three months from 2.4% to 1.5%, creating a big uncertainty for banks.

Canadian housing markets are likely to face uncertainty in the next few months, driven by odds related to the fresh rate hike and the outcomes of OFSFI policies on the housing prices. It is widely expected that home mortgage and home demand will reduce in the days to come, but analysts have a different opinion on prices.